<-- BACK TO ANNUAL TRAINING EVENT 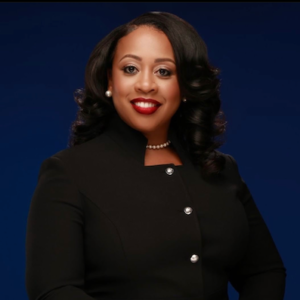 Carvana Cloud is an attorney, community advocate, and social entrepreneur.  In 2020, Carvana founded The Empowered Survivor Inc., a crisis intervention and violence prevention agency designed to reduce domestic violence and related homicides in communities of color. The Empowered Survivor exists to identify and remove the barriers that have historically prevented countless survivors of color from requesting help to escape abusive relationships. As a black child exposed to domestic violence while growing up in Houston’s Acres Homes community, Carvana was drawn to the career of prosecution and has leveraged her law enforcement experience to address the systemic deficiencies that exacerbate interpersonal violence in underserved communities by addressing the five social determinants of health that impact people’s ability to be safe and healthy where they live, work, and play.  Carvana frequently trains on best practice models and trends regarding culturally specific advocacy, risk-based lethality models, and developing evidence-based investigations and prosecutions of domestic violence crimes. 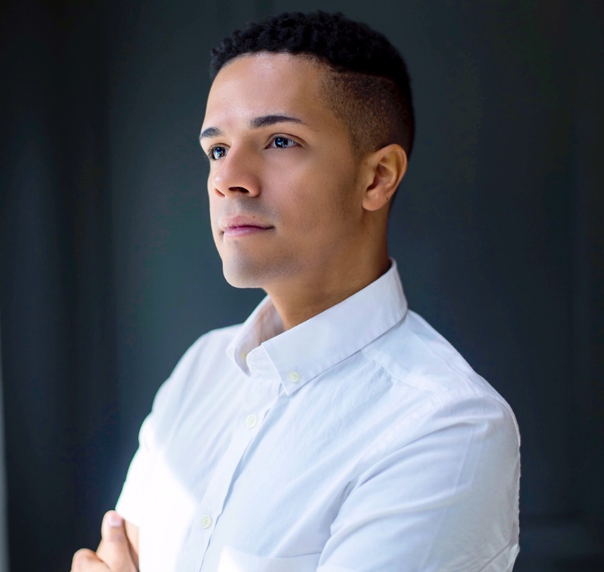 On June 12, Brandon Wolf escaped Pulse Nightclub when a gunman opened fire, killing his best friends, Drew Leinonen & Juan Guerrero, and 47 others. Since, Brandon has set out to honor the victims’ legacies with action.

In the aftermath of the shooting, Brandon co-founded and has since served as the Vice President of The Dru Project, a nonprofit organization that supports LGBTQ student groups, provides funding for higher education, and enables future leaders in the LGBTQ community.

Brandon is the current Media Relations Manager for Equality Florida, the state’s largest LGBTQ civil rights organization, and a board member for the Ban Assault Weapons Now campaign. He has served as a surrogate for multiple political campaigns, including his most recent role as a national surrogate for Senator Elizabeth Warren’s presidential bid.  He has become a national voice for LGBTQ civil rights, gun violence prevention, and justice for marginalized communities. 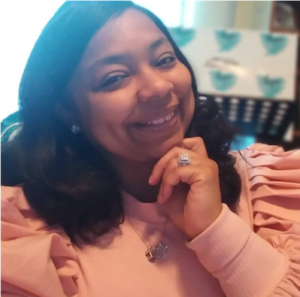 Lavinia B. Masters struggled for many years emotionally, mentally and psychologically after childhood sexual abuse and a brutal rape at the age of 13 years old before discovering and implementing seven steps to her true empowerment after sexual trauma through prayer and supplications.  No matter the audience or venue, her public voice as a survivor of rape always acknowledges her faith, i.e. the trust she have in God who transformed her from a girl of misery into a woman of ministry. This transformation rescued her from the debilitating emotional, mental and behavioral issues that defined her existence for decades following the childhood sexual abuse and rape at 13 years old. Today, she no longer just “exist;” rather, her life as a survivor-turned-advocate has brought her to the floor of the U.S. Congress, the U.S. Department of Justice and the White House Task Force on Rape. 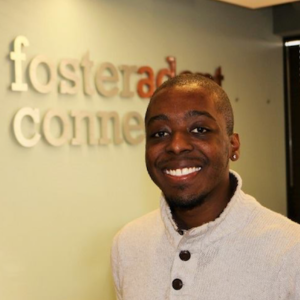 Nathan is the Vice President of Children and Youth Programs at FosterAdopt Connect. As an adopted person, Nathan has spent the last 12 years sharing his story with child welfare workers and policy makers around the country, and has spent the last 8 years working with youth in foster care. In addition to being able to use his personal experiences to impact child welfare, Nathan holds a bachelor’s degree in social psychology, and is working on completing his master’s degree in social work. In his role at FosterAdopt Connect, Nathan oversees the development, implementation, and execution of programming intended to directly serve children and youth affected by the child welfare system across all of FosterAdopt Connect’s branches. 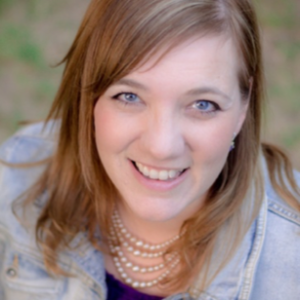 Donna Bartos is a mother, author, educator, abuse survivor, public speaker, non-profit executive and pioneering thought leader for the prevention of domestic/sexual/teen dating violence among Gen Z youth. She has turned her personal lived experiences and decades of self-guided research into a comprehensive, youth-informed prevention strategy that involves the implementation of school and community-based education, advocacy, activism, intervention and training programs and services for youth ages 11-24 and the trusted adults in their lives.

Her non-profit leadership experience includes executive roles with the YWCA, YMCA, American Lung Association, and the Visiting Nurse Association. In 2006, she founded Purple Ribbon Council, now called BLOOM365, to activate “everyday people” to raise awareness to uproot abuse in a generation and Bring Love On Others More, 365 Days a Year. 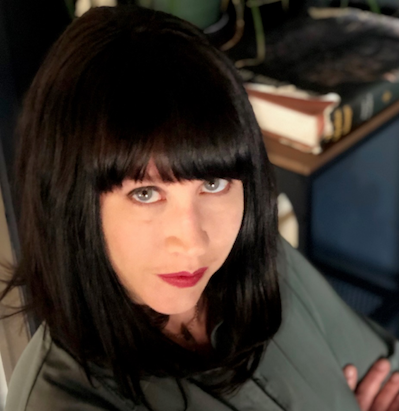 Anna Nasset is an emerging expert, activist and writer in the field of stalking and sexual assault. For the last 9-12 years Anna has been stalked by a man she does not know.  In August 2019 Anna was the main victim and witness in the case of Washington State vs. FR which resulted in conviction of felony aggravated stalking and felony cyberstalking.  This conviction led to the historic sentence of the maximum 10 years in prison.  With her business Stand Up Resources, Anna has turned her experience of psychological and sexual abuse into working with law enforcement, victim service agencies, DOD, universities and more to be part of the solution through speaking and training.  When Anna is not travelling to speak she resides in Vermont with her 3 legged dog, where she also provides graphic and web design for victim service organizations. 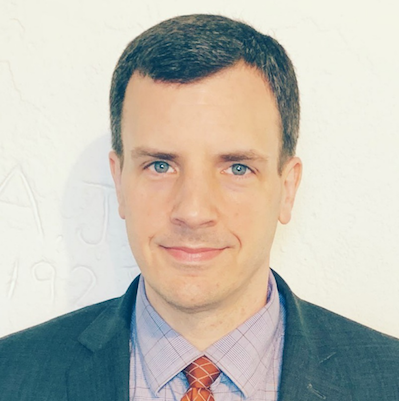 James Kennedy was born and raised in the Seattle Metro area and graduated from Ithaca College in 2003 with a degree in History. After graduating college, James was commissioned as an Officer in the United States Army where he served for nearly 6 years and completed two tours in Iraq. After leaving the Army, James attended the Seattle University School of Law and graduated in 2012. James has worked in prosecution ever since his second year of law school and has worked in several jurisdictions throughout Washington State. James was elected as the Prosecuting Attorney for Jefferson County in 2018 where he currently lives with his wife and three children. 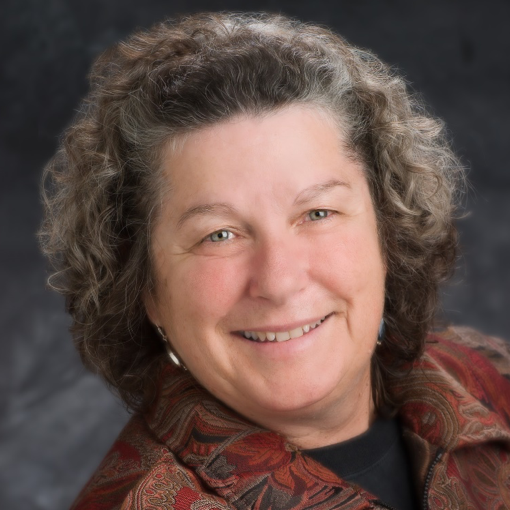 Born and raised in Los Angeles. Attended Cal State Fullerton and Cal Poly Pomona. Certified to teach Social Sciences in 1975. After receiving cert I joined the Peace Corps and taught secondary school in Serowe, Botswana. I spent 2 and a half years in Botswana before returning to U.S. No longer able to tolerate L.A. (living in a village in Southern Africa will do that to you) I moved to Alaska where I worked at the local Rape Crisis center as a crisis counselor and Community Education Coordinator. I also had the opportunity to help create and implement a Sex Offender treatment program in one of the prisons there. I was a sex offender treatment specialist for about 5 years. This was over thirty years ago and thus began my career in Criminal Justice.

I relocated to Washington state in 1987 and landed a job as a social worker for DSHS working primarily with teens in the system. It was during this time that I decided to go to law school with the intent of becoming a prosecutor, primarily in the area of prosecuting Sexual Assault and DV cases. So, at the age 40, I entered law school, graduated and began my career in the prosecution of those cases. After 13 years as a prosecutor I ran for and was elected as Jefferson County District Court Judge where I remained for 12 years before retiring.

Throughout my career my focus has been on the victims of violent crimes and holding those who perpetrate those crimes accountable. I have provided training on military bases (Alaska), Reserve Police Academies(Wa) DV conferences (Wa) and to local law enforcement. Currently serve as President of the Board for. Discovery Behavioral Health and am on the Board for Dove House Advocacy, our local Domestic Violence and Sexual Assault advocacy agency. 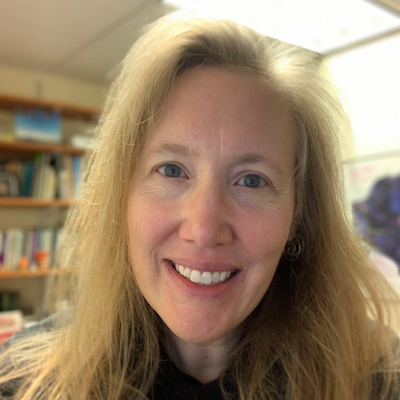 Amy has been an Advocate at the Vermont Attorney General’s Office since January 2000.  Prior to that she worked as an Advocate in a Special Investigative Unit.  During her career of providing services and advocacy, she has also been involved in building capacity and victim centered systems throughout the state.  She helped lead the movement to develop and sustain Child Advocacy Centers throughout Vermont, she trains at the Vermont Victim Assistance Academy and the Vermont Police Academy, she has served on the SANE Board, and she currently serves on the Human Trafficking Task Force.