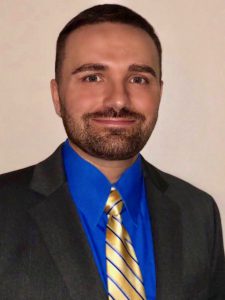 After Marine Corps Formal Training was stationed at Marine Corps Base Quantico as Base Motors as one of VIP Drivers and was transferred to the Natural Resources Section to assist Base Game Wardens in daily activities as a Wildlife Conservationist.Next, he was transferred to Weapons Training Battalion and assumed billet as the Motor Transport NCO. While stationed there was awarded several commendations and received Marine of Quarter for the entire battalion. Jeremiah Arbogast retired from the Marine Corps in April 2006.

Since 2010 Arbogast has been working as a victim advocate for sexual assault, child abuse, domestic violence and campus advocacy. He has been the keynote speaker to various military installations on MST and suicide prevention and awareness. He also testified before the Senate Armed Services Committee on the aspects of military sexual assault and the effects of suicide.

Jeremiah was featured in the 2012 Oscar nominated film “the Invisible War.”

Arbogast lives in Fort Ashby, WV with his 3 daughters Brianna, Keyaria and Bri.

Tracking address: archwalf-ccahaf@webc.trynova.org (do not email this address)